This item is in the following sections of the site:
MTG / Single / Beast Walkers 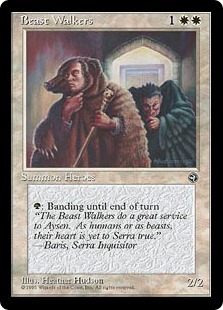 "The Beast Walkers do a great service to Aysen. As humans or as beasts, their heart is yet to Serra true."—Baris, Serra Inquisitor
Uncommon
White