This item is in the following sections of the site:
MTG / Single / Война Искры / Fblthp, the Lost (rus) 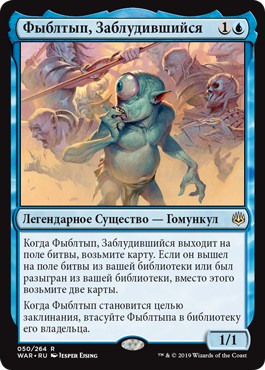 When Fblthp becomes the target of a spell, shuffle Fblthp into its owner's library.