This item is in the following sections of the site:
Wahammer / Platic / Kit / Wahammer 40.000 / Space Marines (All Chapters) / Wargame / Space Wolves / Stormfang Gunship 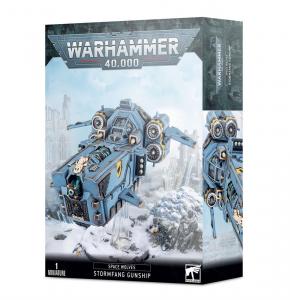 The Wolf Guard are the hand-picked battle-brothers that fight alongside each Great Company's Wolf Lord. Each has earned his place through some heroic feat of arms. Wolf Guard Terminators are a brotherhood of hulking, nigh-invulnerable champions, each eager to dispense his own particular brand of death.